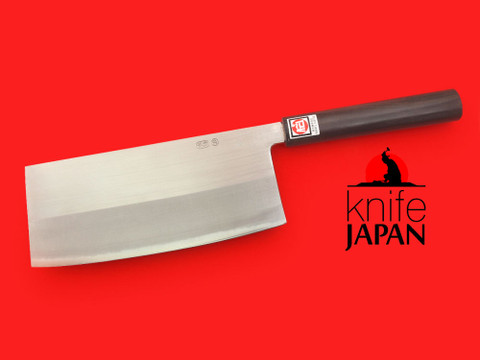 Some say the chuka is the only knife you'll ever need. We're obliged to disagree with that sentiment (we're not Chuka Japan, after all) and would simply say that a chinese cleaver would be an excellent addition to your kitchen armory.

Most chuka-bocho we've supplied have been ramrod-straight along the cutting edge, and in all honesty we were under the impression that this aspect of chuka-ness was non-negotiable. Turns out it's not.

This particular chuka-bocho can be had with a curved profile (described as 'intuitive' by its first buyer) or with the more common straight edge. It's a tall blade of course and your height, stance and cutting will play a part in your preference. Nice to have a choice. 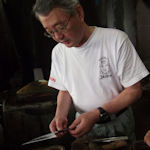